2013 WSOP Circuit Kicks Off with Charity Tournament for United Way

Kick-Off the Chicago WSOP Circuit at the Horseshoe Casino in Hammond, Indiana with a Charity Event benefiting the Lake Area United Way.

Windy City Poker Championship hosts Jason Finn and Kirk Fallah will be emceeing this year's event in The Venue at the Chicago Horseshoe in Hammond, on Wednesday night, October 16, 2013.  The official first event of the 2013 WSOP Circuit at the Horseshoe begins Thursday, October 17. 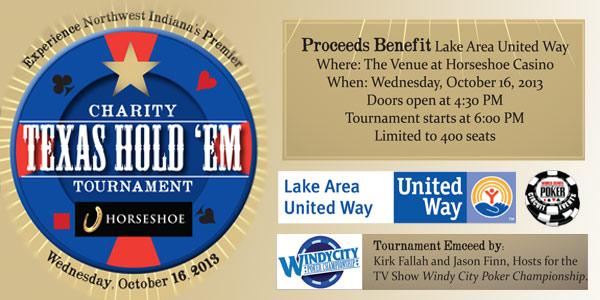 The event has a buy-in of $125, with an immediate "rebuy" available for $25.  The initial buy-in and rebuy together gives players 4000 starting chips. Players who register through Chicago Poker Club, by filling in the form at the right (or here), will receive their $25 initial rebuy for free!  Additionally, one lucky CPC.net registrant will have their name drawn at the event, and their buy-in will be refunded to them.

The tournament structure is available for download in PDF format.

If you have additional questions about the event itself, please contact This email address is being protected from spambots. You need JavaScript enabled to view it.. 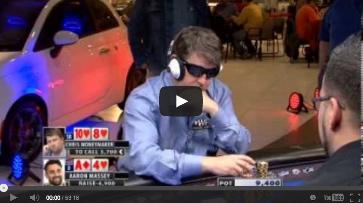