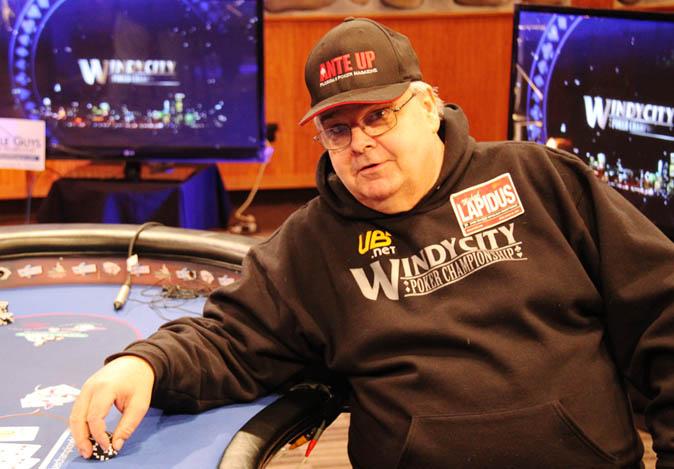 A perfect poker bluff that loses

During a recent online session, I pulled the trigger on what I would call the perfect bluff.

I was in the early stages of an online tournament with blinds at 15-30 and most of the players at my table were hovering around the 3,000-chip starting stack. I had 2,950 to start the hand and my opponent was the small blind with 3,145. Normally I play a conservative, relatively tight, straightforward game in the early stages of a tournament. I will mix it up on occasion, but for the most part, nothing too fancy.

In this hand, I was in middle position with the

and raised to 75. The small blind reraised to 240 and I decided to play a pot in position. My opponent was representing a big hand, so if I happened to hit the board hard, or sense an opportunity to take the pot away by utilizing my position then I would do so. Otherwise I planned to play a small pot.

I called and the flop was

, giving me bottom pair with backdoor flush and straight draws. Not the flop I was looking for, but if my opponent had just an ace, K-K, Q-Q, J-J, 9-9 or worse, I might be able to take this pot away if he showed any weakness. If he showed any resistance I would just fold. I also started my wheels spinning on how I would play the hand if I did have the nuts and proceed from there.

My opponent checked the flop and I checked behind, as I would do whether I hit it or not. In this case, I definitely would check a super-strong hand to induce a bluff from my opponent on a later street. The turn was the

and my opponent bet 250. I thought my opponent would make this bet with pretty much his entire range since I checked the flop.
Sure, he could have a monster, but I was looking for an opportunity to get to showdown if he checked the river, or represent a monster to try to take the pot away on the river if a good card came for me. So, I called.