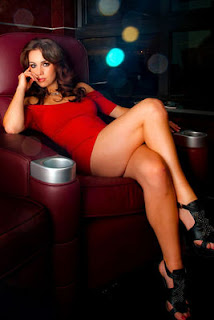 Isabelle Mercier 35, was born in the province of Quebec. After a degree in Law in Montreal, she moved to Paris and earned a master's degree, all while working as the poker room manager at the Aviation Club de France. Mercier was a PokerStars team member, but left to become a consultant last year for BetClic. Mercier has over one million dollars in live tournament cashes. is the best known of our four nominations. She is a PokerStars team member and graced the cover of the 2009 Sports Illustrated Swimsuit Issue. Rousso graduated from Duke and is married to poker professional Chad Brown The first time I ever saw Vanessa was at the Bellagio and before she was famous. Honestly, I could not keep my eyes off her and it was embarassing for me, and creepy for her. I finally met Vanessa in Reno. Like a nervous schoolboy, I called her Rene, as in actress Rene Russo. 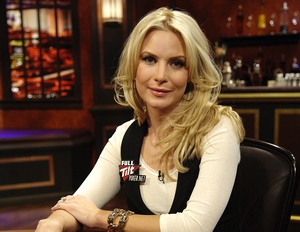 Erica Schoenberg is 32 years old. Schoenberg dated David Benyamine and is now romantically involved with Erick Lindgren Schoenberg worked as a personal trainer, model, professional volleyball and blackjack player before poker. Erica is a native of Akron, Ohio and has in excess of $800K in live cashes. She is sponsored by Full Tilt