Florida Opens Its Doors to Real Poker and Real TV

As I woke up on the morning of September 19th, 2010 the first thought that came to mind was HOLY CRAP!!! I couldn’t help but worry that my business slash vacation trip was getting off on the wrong foot as I forgot to go online and check myself in 24 hours in advance for my Southwest flight to Florida…dang….I was frustrated to see when I did go online to check myself in that I was part of the “C” boarding group and would probably end up sitting in the back of the airplane in the middle seat next to someone who forgot to shower that morning…uggg...could this be the start to a long and frustrating trip to the sunshine state?

Thankfully that was the only downside during my trip to Florida, as the next few days ended up being relaxing and very productive. After I arrived to Midway airport I grabbed me a delicious potbelly sandwich, some gummy bears, and decided to sit down in a massage chair and start preparing my notes for my Monday meeting with the staff at the Jax Poker Room (Jacksonville Greyhound Racing and Poker – Orange Park Florida).

For those of you who do not follow poker in Florida…a lot has changed in the last few months. I can sum it up by saying….New Hours, New Limits, and New Opportunities. Since the new “No Limit” laws went into effect in Florida on July 1st, everyone and their mother has started traveling to Florida not for the “family fun” themed parks, or the warm and wonderful beaches…but rather to visit the many poker rooms located all around the state and play this beautiful game with NO LIMITS!!! 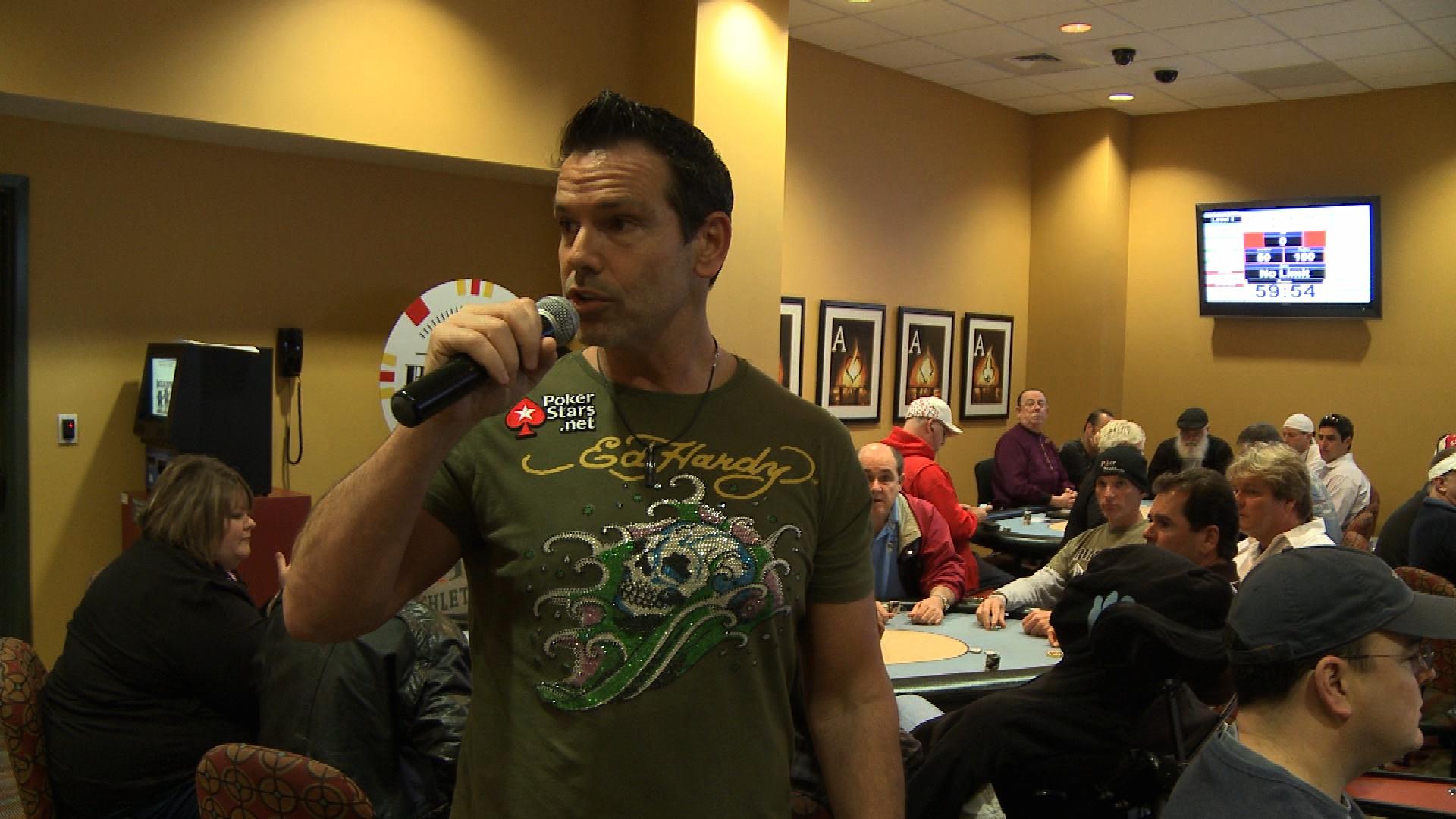 Can you imagine sitting down to play $5-$10 no limit and only being allowed to buy in for $100??? Datz Crazy!!! But with the limitations becoming a thing of the past…the future of poker in Florida looks very bright.

Anywho…Monday morning arrives and before my meetings I decide to sit down with $50 and play some $2-$2 no limit….Right away 3 full tables with various limits get started in the poker room as they open up at 10am. I reach into my wallet, head to the cashier to get my chips and I sit down in the 1 seat and get ready to show these Floridians how we do things in Chicago.

Time for the fun part of the trip….The first hand dealt that day was at our table…I am UTG+1 and look down at A-K of spades….oh yes baby heeeeeeeerrrrrrre we go! Now keep in mind that these players are playing $2-$2 no limit at 10am on a Monday morning in Jacksonville Florida, so the table is filled with retired veterans and casual low limit players who like to see flops and chase those flush and straight draws…knowing these stigmas about players in Florida I decided to do more then 3x my raise…I pushed it up to $12 to go...I was confident in either getting at least one caller or picking up the $4 already on the table without a fight. UTG+2 folds. +3 Calls, +4 Calls, HJ folds, CO Folds, D Folds, SB Calls, BB calls...oops...my plan to pickup the blinds or go up against perhaps one player has failed...crap…well at least if I miss this flop I can get away from my attractive pre flop starting hand.

Ok…here we go to the flop….it comes 2s 5s 9s…..HOLY #$@%. I just flopped the NUTS…right away SB Checks, BB checks, and I decide before I even realize its my turn to act that I will not slow play this monster as I am either going to get paid with two more streets to come, or take it down right there. I put in a small “please raise me” bet of $10 and get two callers (+3 &+4) as the SB and BB both fold…Alright sweet…the pot is now at $90, and short of some real bad luck I am going to win this hand….Turn card comes a Ts…..crap….this is for sure going to slow things down…so to keep things moving and try and represent that I am making a stab at the $90…as fast as I can after seeing that turn card I toss $15 into the pot….sure enough…+3 and +4 call after all they are getting 7 to 1 and 8 to 1 to call  --> :)  (me smiling).

No matter what comes on the river the rest of my $13 stack is going in the middle as any of these players would have let me know by now if they had a set or had two pair or anything at all…. Even if the board pairs on the river I am more than confident I have the winning hand. The river comes a Jh. I put the rest of my money into the pot and get TWO CALLERS!!!! I flip over the nuts…. +3 flips over the Q high flush…and +4 flips over a river’d straight….I scoop the pot and more than triple up….now THAT’S a great way to start off a Monday morning!

So now to the bidness part of my Florida trip…In February 2010, Fallah Productions Inc. (Producers of Windy City Poker Championship) traveled to the Jax Poker Room to produce a televised broadcast of the inaugural Chad Brown No Limit Texas Hold’em Championship. This $880 tournament attracted 213 players from all over the south east region of the United States to play in this televised event. When all was said and done Andy Chitty who is a regular in the Jax Poker Room walked away with $53,070. 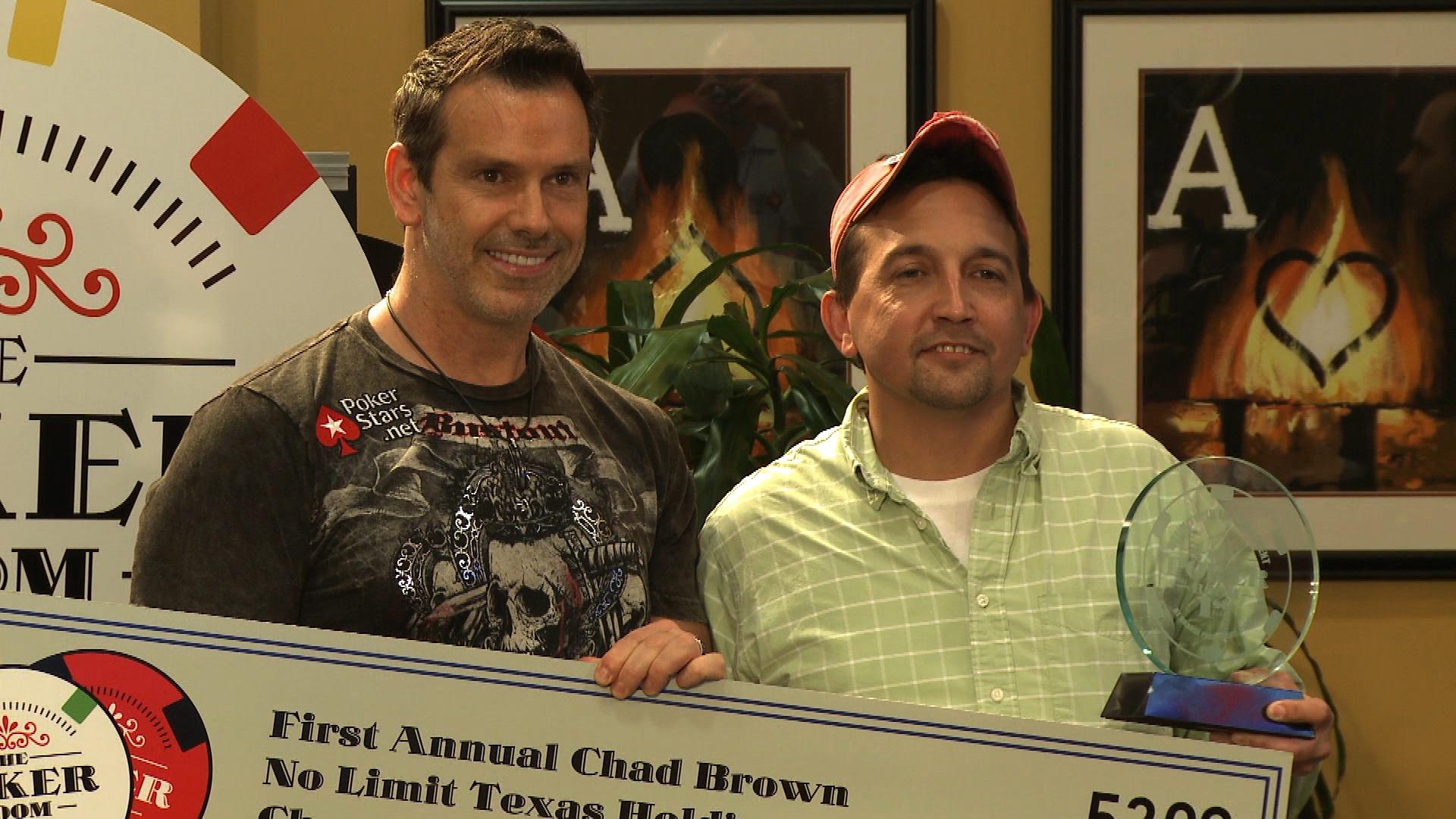 With the success of not only the event, but also with the multiple broadcasts of the poker tournament on major sports networks across the Unites States, the second annual event is going to be even bigger and better. Once again Fallah Productions Inc. will be producing the televised broadcast of the event which will offer more to its players including a bigger buy-in, deeper structure, and livelier atmosphere with some big named professional poker players who will be in attendance.

So the plans for this event are as follow… $5,000 entry fee for the tournament. With that Vegas type buy in you receive 30,000 chips with a soon to be published structure that would make the other nationwide high buy in poker events blush. The tournament is meant to run for 4 days with a Day 1A, Day 1B, followed by Day 2, Day 3, and the televised Final Table on Day 4. Jan 28th-Feb 1st 2011.

When all was said and done…it was a great trip! I won some money in the cash games, planned out everything needed to create a successful broadcast for the 2nd Chad Brown event, and I got a tan in the process! Now it was time to head home on a Tuesday night ready for whatever the rest of the week would bring me. Oh before I forget…there was only ONE other thing about my trip that was more frustrating then me forgetting to check-in online….it was the car ride from the hotel to the airport…30 minutes in the worlds smallest sports car driven by Scott Long from Ante Up Magazine….as you can see below…this 2 seat sports car has NO trunk which forced me to have my Laptop, Backpack, Carry on Luggage, and Scotts luggage squished into the passenger seat with me on my lap the entire ride to the airport….yeah...that was uncomfortable! 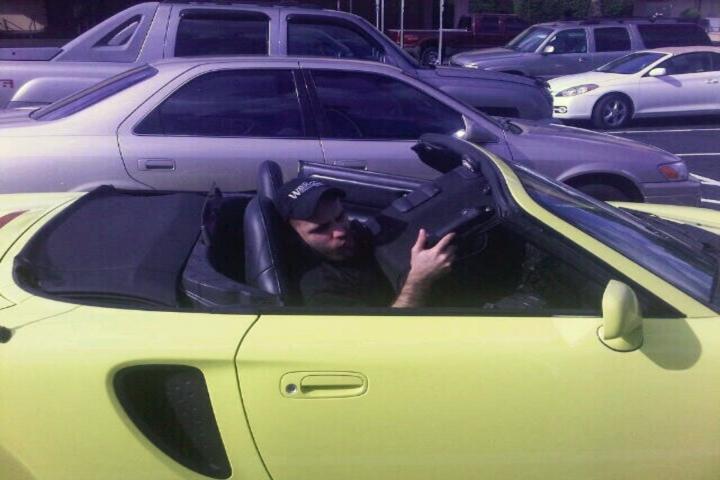 More amazing details from the Second Annual Chad Brown No Limit Texas Hold’em championship will be coming in the near future. I kid you not…what the Jax Poker Room has in store for the tournament…will make anyone want to participate in this televised event!