On Thursday, November 20th, Urban Prep Academies will be hosting its 8th Annual Aces Up Charity Poker Tournament, making it one of the longest running charitable poker events in Chicago.  Hundreds of players will hit the felt, trying to best one another in this game of skill and chance, all vying for a piece of the prize purse valued at more than $10,000.

Last year's event attracted hundreds of players and spectators who came out to the event to enjoy fast-paced poker and support Urban Prep Academies, helping to raise close to $100,000 for the schools.

Hosts Richard Roeper, Alexi Giannoulias, Chris Zorich and Urban Prep founder and CEO Tim King were back on the scene to keep the festivities lively. In addition to the Texas Hold ‘Em tourney, guests enjoyed delicious food and plentiful drinks. 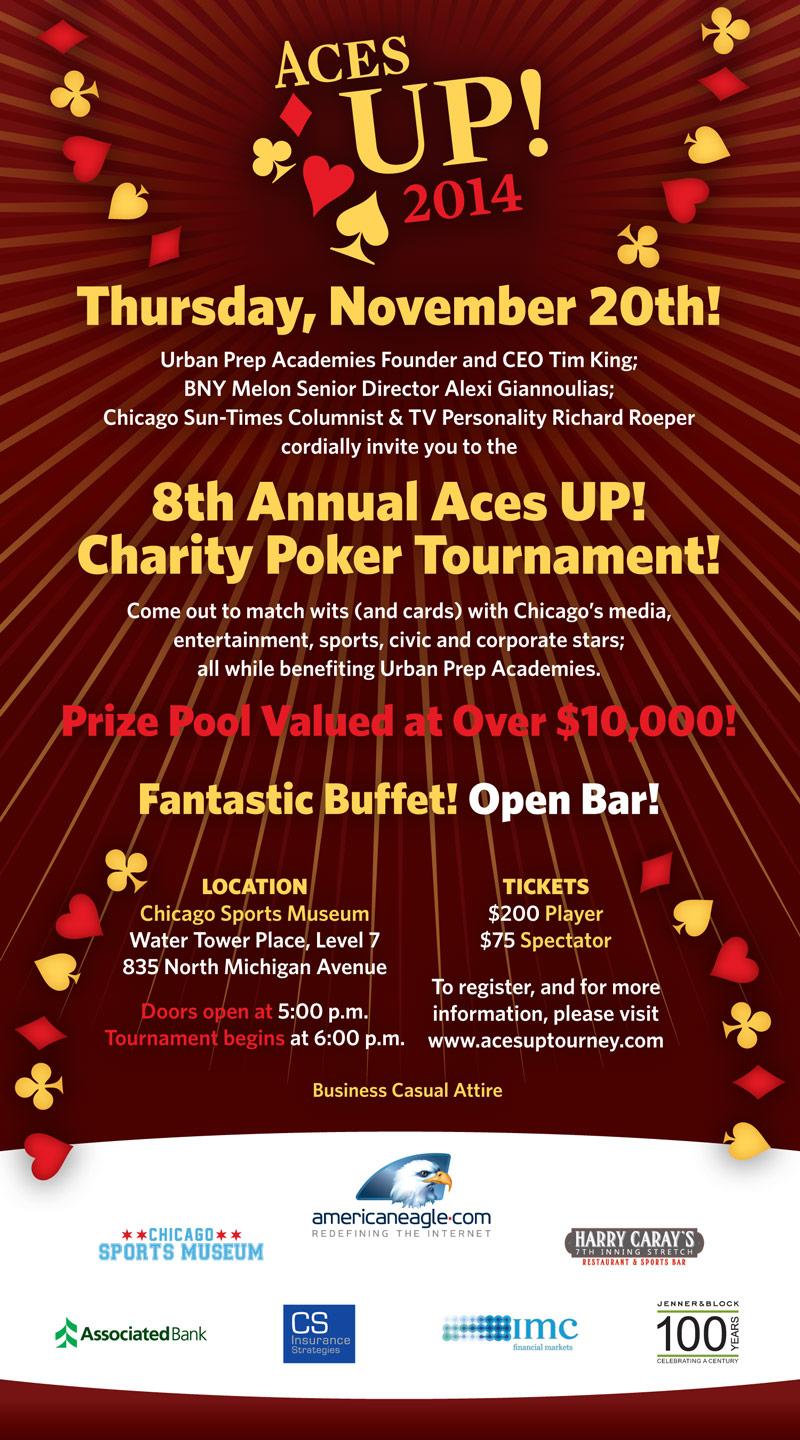