The opening weekend for the new "Windy City Poker Tour" was a great success even with the snow storm that rolled into town on Saturday night/Sunday morning!

Players came out both days to play some great tournament structures, win lots of cash, and complete for seats at a televised feature table in May!

On Saturday at Durbins in Tinley Park we got the event started at noon with 57 entries for the $50 deep stack opening event. This 20,000 chip starting stack tournament ran strong all day with Sam Miller taking first place in the first event. 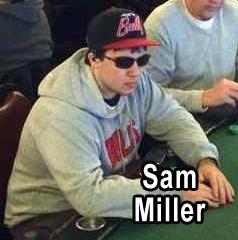 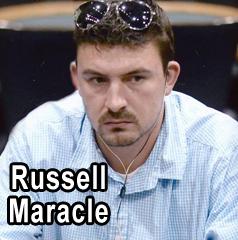 Both Sam Miller (due to his first place finish) and Russell Maracle won seats to our May Championship Event…Sam received his $100 seat by winning the event…Russell had a 10 high straight flush [high hand promotion] for his $100 seat to the event.

Once players started to drop from the tournament…our cash games got up and running with three $1/$2 tables. The Hold’em & PLO games ran all day and night with 53 cash game players eating…drinking…and playing cards! Players who participated in the cash games received (1) entry per hour of play for our Feb 2nd televised cash game seat drawing. All players who play cash on Jan 25-26, Feb 1-2 have a chance to win a drawing for a seat at a televised $2/$5/$10 cash game. 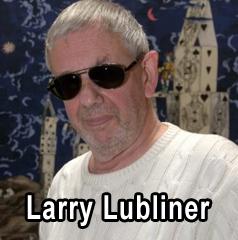 Our “Win a seat at the TV feature table” SNG ran as well with Larry Lubliner finishing in first place to claim the first seat at the $1,000 May TV event. Finishing in second place was Kevin Boskey who won a $500 entry to a Main Event deep stack in May (date and time TBD).

The nightly tournament which featured 30,000 chips for a $150 entry finished at 1:30am with Chris Orth taking first place. Chris also won a $100 seat to our May Championship Event for winning the 7pm deep stack!

Sunday at Ariel’s in Tinley Park players braved the cold weather and windy conditions to play our 12pm $25 event. 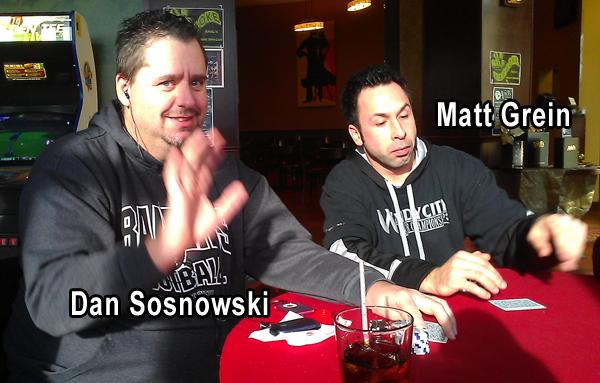 To thank players who came out we upgraded the stacks from 6,000 in chips to an 8,000 chip starting stack. This gave one table a great idea to go All-In blind in the first hand and re-enter if they were eliminated. 4 players chose this option with Tony Matia winning the first hand and accumulate a 32,075 chip pot. The three eliminated players then re-entered the tournament to try and win back their chips. 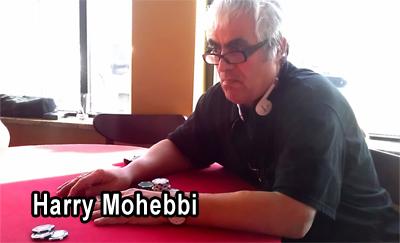 The winner of the noon deep stack (which paid the top three) was Harry Mohebbi who took home a $215 cash prize for first place.

Once the noon event was over…our $1/$2 cash game got up and running and quickly had 7 players with 150+ big blinds in front of them. For the next few hours players took some bad beats…won a few flips…but all in all had a great time in a very comfortable and fun atmosphere.

Once the SNG finished…the $1/$2 cash game started up again with even more players and deeper stacks on the table.

All in all the weekend was a great success even with the weather keeping most players at home. We are excited to continue the format next weekend and beyond…continuing to offer great value…great locations…great food…great tournaments…and the sickest $1/$2 cash games around!

* All payouts adhere to the Illinois Charitable Games Act.