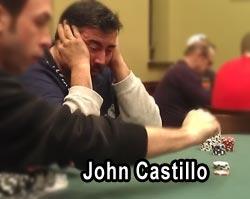 Dave “Fishy Fish” Backstrom finished on the money bubble…always a tough spot to end up in any tournament. Lucky for him though he held the high hand for that night’s promotion which included a $25 gift card to Best Buy.

Dave also had the honor of having a bounty placed on his head by the hosting charity for another $25 Best Buy gift card. The eventual winner of the 7pm tournament Mike Laurenzana knocked out Dave and was the winner of that promotional prize.

The $135 paid for an all you can eat/drink buffet of pasta, pizza, chips, cookies, beef, beer and soda. $100 of the entry went to the prize pool. 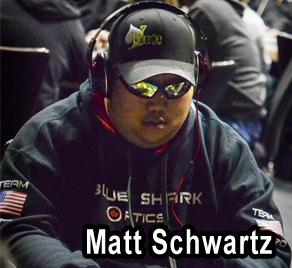 After several hours of playing an amazing structure Blue Shark Optics pro Matt Schwartz took first place in our SuperBowl poker event taking home $1,200* which includes a seat to our May Championship Event.

The evening capped off with a $1/$2 game that ran from the start of the SuperBowl game till 1:59 am. Players who played cash that day were entered into the second drawing for a seat to our televised $2/$5/$10 cash game. A volunteer from Shady Oaks Camp reached into the drawing bucket at 8pm and pulled out the name of Alex Crawford for the seat at the TV table. Congratulations to Alex!